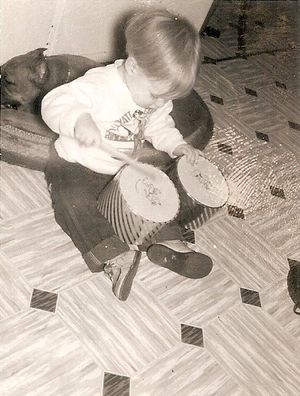 I don't remember a time when I wasn't drumming. If one is born pre-wired for a lifelong passion then I was destined (or doomed) to spend a large portion of my life pounding on any available surface, preferably a loud one.

My dear mother once told me I was either pounding on something or playing with the dog when I was a brat and evidently sometimes I managed to do both at once. And if the noise bothered my mother she didn't do herself any favors when she got me out of bed one night, sat me in front of the television set and said "you're going to want to see this". The night was February 9, 1964 and her words were the epitome of understatement. 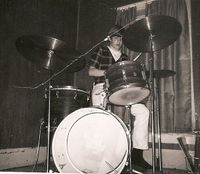 Drum teachers were few and far between in the middle of Nowhere, Michigan so my informal education consisted of playing along to records and the radio, a few stray private lessons and school band. Thanks to the Columbia Record Club and CKLW (the Big 8) radio, I wound up getting my formative drumming education from Ringo Starr, Hal Blaine, Earl Palmer, Pistol Allen, Uriel Jones, Benny Benjamin, etc.

The 1970's were spent honing my skills in a series of bar bands beginning before I was actually old enough to be in a bar. That path eventually lead me to the oddball Mecca called Ann Arbor.

I spent most of the 1980's working in a music store, playing in more bands (including the notoriously loud Michael Katon) and picking up session gigs recording demos, etc. In the late 1980's I was invited to join Map of the World and embark on a rock star career, albeit in an abridged Cliffs Notes style. After signing to Atlantic Records, releasing an EP, a short tour and finally recording a follow LP that remains in limbo, Map of the World disbanded and I co-founded Kiss Me Screaming with fellow ex-Map member Khalid Hanifi.

Kiss Me Screaming ran out of breath in 1997 and I resumed playing with Michael "The Boogie Man from Hell" Katon, recording two albums and touring Europe numerous times between 1997-2001. 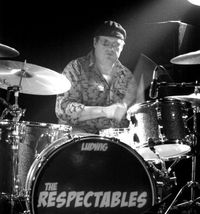 In 2005 I joined up with Joe Gaydos and Nick Piunti in the Power Pop combo "The Respectables", releasing three recordings (Available here!). "Sibley Gardens" received oodles of praise and a couple of songs, co-written by moi, found their way onto movie and television sound tracks. Having climbed to such lofty heights in the world of show biz, we opted to disband and lay in wait for our eventual reunion tour. We're still waiting.

These days I'm still recording and playing live when the opportunity presents itself. My primary project and the one nearest and dearest to my heart is The Invasion, a British Rock tribute band. Finally, all those hours listening to the Beatles, The Kinks, The Small Faces and The Yardbirds can be put to good use. 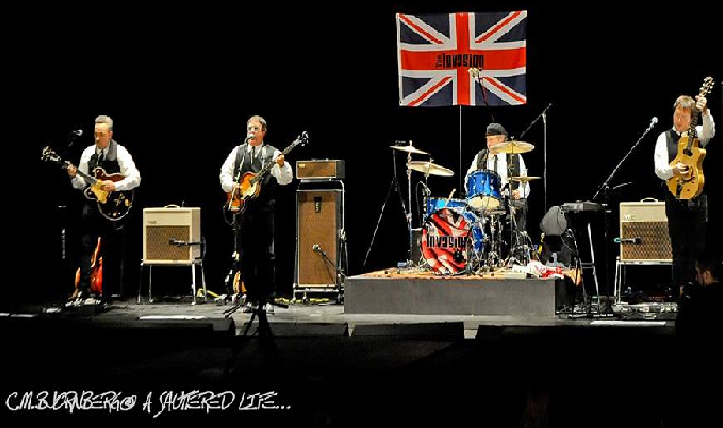